Exercise Cerzeto 2021: new procedures and IT applications on field 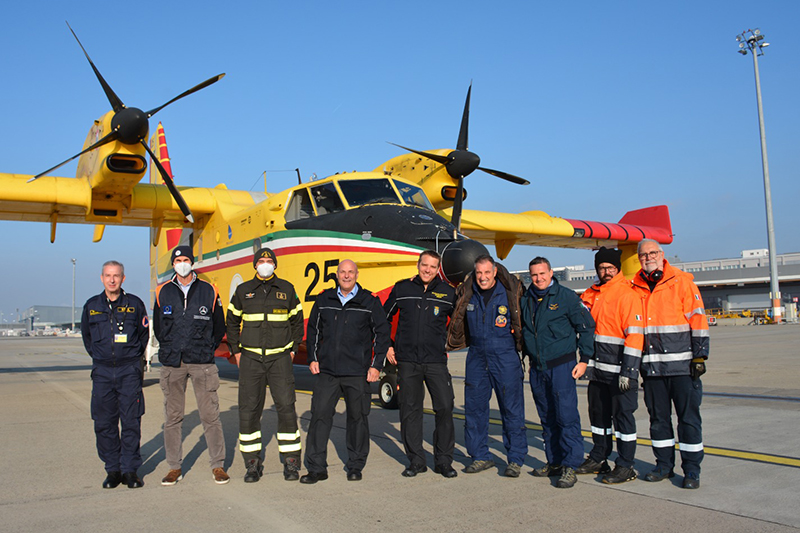 The National Exercise "Cerzeto 2021", run by the National Fire Corps ends on Thursday, November 11after two training days on November 8 and 9 in the Calabria Regional Multifunctional Center of the Fire Corps, in Lamezia Terme (CZ). The exercise was staged in the setting of a major seismic event at the Cavallerizzo di Cerzeto (CS) site, and on November 10 and 11 focused on the search, location and recovery of missing persons, and training of the canine unit.

The exercise will be hosted also in the cities of San Martino di Finita, San Giacomo, a suburb of Cerzeto and Mongrassano (CZ).

The USAR (Search and Rescue Team), the Italian Red Cross - Regional Committee of Calabria, the Fire Corps of the Regional Mobile Squad, the civil protection volunteers of the Calabria Region, and other operational units of the Fire Brigade mobilized nationally from Sicily, Tuscany, Piedmont, Lombardy, Lazio and Campania Regions will participate in the operations.

With the aim of verifying the specific operational procedures, such as the response of the rescue device of the National Fire Brigade, in particular in the early stages of the emergency, the Fire Department's rapid response teams equipped to intervene in case of collapse, the assessment of the scenario of the event and the activation of the coordination structures of the Fire Department on the affected territory were activated.

During the exercise carried out under the coordination of the control center (EXCON) set up at the Multipurpose Center of Cerzeto, the following were tested:

The European Project Prometheus - funded by the European Commission and coordinated by the National Fire Corps - counts among the partners of the Consortium Italy with the Civil Protection Department in charge of the results spread in Italy and abroad through its institutional channels, Spain with ERICAM - Emergency and immediate response of the Community of Madrid, created to respond to disasters occurring in any Spanish Autonomous Community and in any country in the world and France with EcASC - the School of Civil Security application.

The appointment with the press conference set for Thursday, November 11, closes the cycle of days dedicated to the national exercise Cerzeto 2021, with the joint intervention of representatives of the Department of Civil Protection, the National Fire Department, participants in the exercise, the Prefecture of Cosenza and the Municipality of Cerzeto.